The greatest cities of man have fallen.
Now the dead come back, leaving terror and blood in their wake.
There's nowhere to run and nobody to trust.
Welcome to the Outbreak.

Sorry guys for skipping this round. Got a long day at work today and I won't have enough time to write up a post. Only thing Jim will say is "Any idea where we are? This fog is thicker than normal." Lake of Rage (Early Morning)
(N: 5 | E: 5)
"Well not exactly, but I might as well be," Chaotic answered Ellie, gently petting the purple Eevee. Noah felt his brow furrow. What a frustratingly vague answer. A response like that was only going to confuse Ellie more.

The addled look on the Taillow's face confirmed this. She swiveled her head round to face him. "What does that mean?" she whispered.

Ellie stared up at him. Normally he could offer a satisfactory answer to her queries, but what kind of response was that? Who was he to say that the human was confusing her when he was only making it worse?

He'd find out, somehow, either by asking or coming up with his own theory. Ellie would have her answer, and she wouldn't give him the disappointed look she was now ever again.

"Any idea where we are?" Jim then asked, giving him a good excuse to change the subject. This fog is thicker than normal."

"I don't actually know," Noah said, lifting his arm to his head so Ellie could perch on it again. "I've lived my entire life in Hoenn, and there are no lakes of this size over there. I can only guess that Ellie and I have wandered so far, and for so long, that we've entered a different region altogether."

"You mean we're not in Hoenn anymore?" Ellie asked. He could feel her talons poking sharply at his skin as she resettled herself.

"I honestly don't think so," he said, sitting back to think on this. Just how far had they come? He wondered if the human or any of these other Pokemon knew where they were. 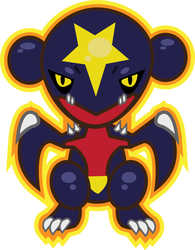 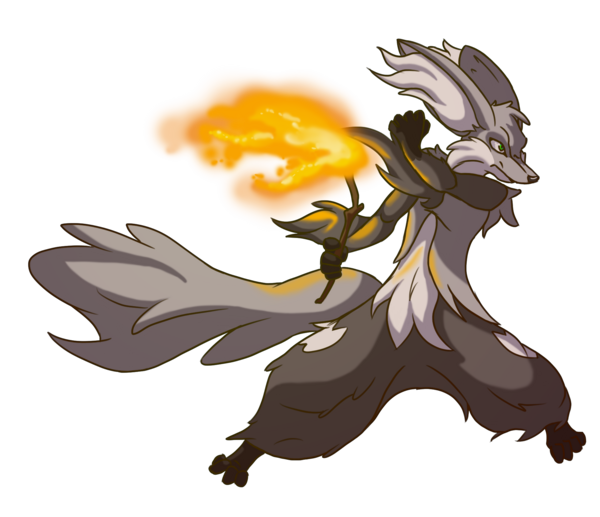 Ginko scratched the side of his face, his arms crossed across chest. Seems he was the only local. But the others were friendly enough, much to his relief.
Doesn't hurt to keep an eye on them though.
With a glance down at his new companion, he spoke up.

"This is the Lake of Rage, in Johto." He offered, eyeing the large dragon, before his gaze rested on the large water creature and his little avian friend. "And it's not safe to stay here. Most of the...creatures...went towards the town not too long ago..." He looked around at those gathered. Some seemed very young, and he couldn't help but feel protective of them.
"I think we should find someplace to hide soon." He didn't tell them that the swarm that he had come across was undoubtedly the handiwork of nearby humans, dumping the bodies into the lake to relieve themselves of their problems. He didn't tell them of all the bulletholes he saw riddled into the sludgy, fleshy mess of those walking corpses, or the clothing and collars that were still on them when they had died.
They don't need to know. At least not right now. Maybe we can get far enough away from the town so it won't matter.

OoC)) Gonna have to take a skip, I just can't think of anything good to type in.

Lake of Rage (Morning)
(N: 6 | E: 6)
"This is the Lake of Rage, in Johto," Ginko told them, and Noah's brows rose in surprise. Johto! He never imagined that he and Ellie would wander that far, despite constantly being on the move. He felt a tug on his heart at the thought of his beloved home being so far behind him.

"And it's not safe to stay here," he added, looking directly at him. Most of the...creatures...went towards the town not too long ago..."

"So at least we know where to avoid," Noah muttered, his hand closing around the leaves of a small berry bush. He plucked two Oran Berries free and popped one into his mouth, and reached up to give the other to Ellie. She pecked it out of his grasp immediately.

We? whispered his mind. Since when was a 'we' anything other than you and Ellie? Maybe it was because these Pokemon actually seemed friendly; he knew for a fact that they'd become rarer since the outbreak. It was nice to not have to turn his attacks on a fellow survivor for once. He never liked having to do that.

"I think we should find someplace to hide soon," Ginko said, and Noah tilted his head at the fox.

"Well, where do you suggest?" he asked. "Ellie and I are new to this region." He scanned the thick wall of trees surrounding the lake. If you asked him, absolutely nowhere was a suitable hiding spot anymore. You were lucky if you could spend a day in one place without a horde of snarling abominations finding you.

And won't we attract more attention if we're in a group? He pawed at the ground beneath him nervously, feeling tiny drops of juice drip onto his head as Ellie finished her berry. If he was going to protect her, was this the right way to do it? Was a group of strangers really going to be as reliable as he hoped?

The small Zorua jolted, catching himself dazing out after everyone was going on about introductions. He caught names... Chaotic, Joshua, Engel.... Where were we in this conversation now?
We aren't in Hoenn, no. This is...

"This is the Lake of Rage, in Johto."
Oh, yeah, that makes sense. Finch knew he had landed in Johto, but he wasn't familiar with the region at all. For all he knew he could be near the coast or in the mountains. He refocuses his gaze on Ginko.

"And it's not safe to stay here. Most of the...creatures...went towards the town not too long ago..."
"So at least we know where to avoid," The Swampert adds quietly, giving some berries to the small Taillow on his head. Finch looks back around at the group again, picking out heads. They were all still here... distracted in side conversations or staying quiet. Finch looks back up to Ginko, who locks eyes with him for just a moment before he seemed to address the entire group.

"I think we should find someplace to hide soon."
"Well, where do you suggest?"
Finch looks around to everyone, his lips basically buttoned closed. There was nothing he could add to this. 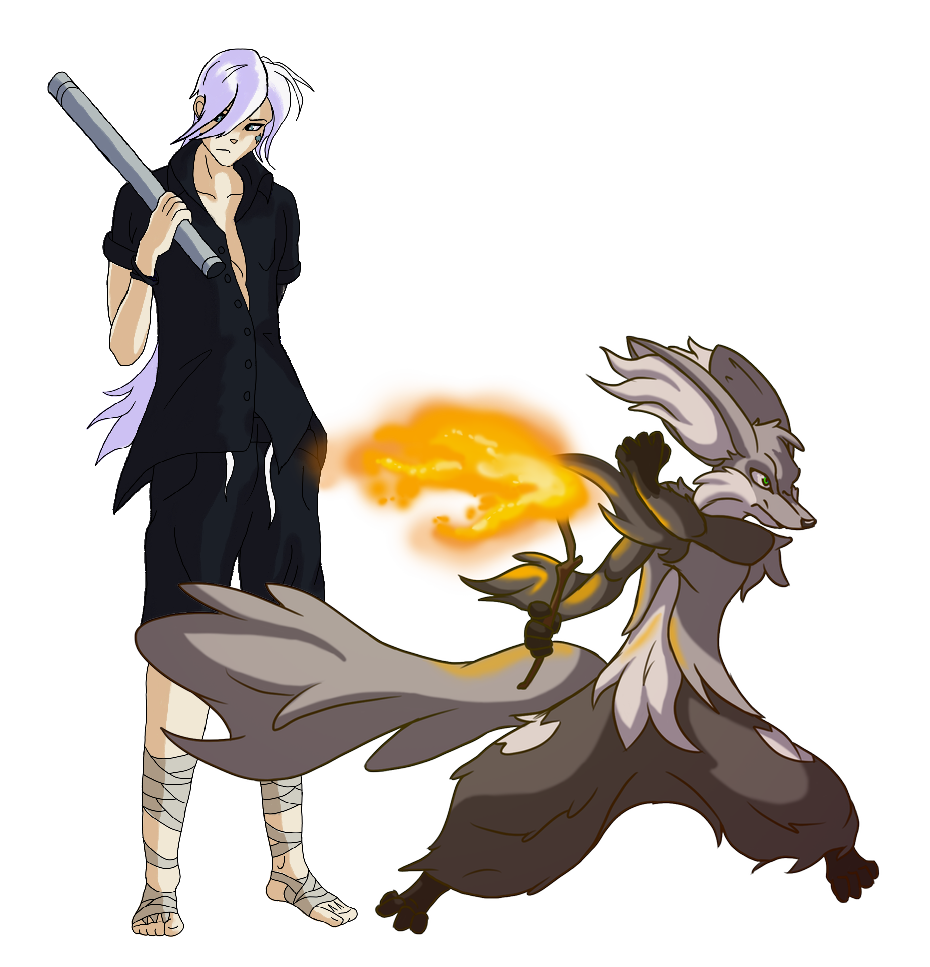 Lake of Rage | Morning | 7 | 1
His lungs were screaming as he ran through the forest, his bare bloody feet threatening to give out at any second. He tore through bushes and dodged trees, stealing a glance behind him only long enough for a terrified whimper to escape his throat. The rotting nidoqueen was stampeding, tearing down whatever stood in her way. He doubled his speed, despite his complete exhaustion. He broke through the thinning treeline, stumbling out of the thick grass and falling to his knees. A sharp cry escaped him as he hit the rocky ground hard. Desperately, he scrambled to his feet and darted through the fog and across the shore.

"Well, where do you suggest?" he asked. "Ellie and I are new to this region."
Ginko opened his mouth to respond, when he froze. His right ear rotated before he spun around. "Somethings' coming! Quick, hide!" He hissed, gesturing for them to run. He jumped behind a nearby boulder, peeking out when he heard a cry escaping from the thick grasses choking the edges of the forest. To his amazement, a white-haired human emerged, his clothes shredded and his legs red with blood. But he wasn't the one making all the noise; the heavy thudding and crashing was coming from behind him. An enraged and undead nidoqueen roared as it tore its' way through the trees like they were toothpicks. The human darted away running towards the deep waters of the lake.

Page 2 of 2
Permissions in this forum:
You cannot reply to topics in this forum
Pokemon © Nintendo
Outbreak © 2017
All names, characters, plotline and artwork are under copyright protection of Outbreak and their respective owners.
No distribution or reproduction without express permission is permitted.

Support us and keep our forum ad-free!